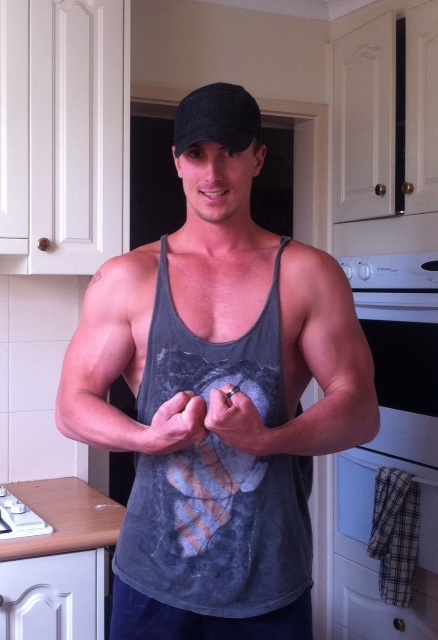 Steve has joined Team Flexr6 and will do his first competition in September 2012. Steve is already responding extremely well to the Flexr6 diet and has dropped 1-2% in bodyfat in just 4 weeks. Steve will build some more quality muscle in the first half of 2012 before the serious dieting begins! Steve trains at Flexr6 once a week and has his own hardcore home gym to keep him happy for the remaining six days !

Daniel has joined Team Flexr6 to compete at the 2012 INBA ACT Titles. Daniel has fantastic shape and already carries an impressive amount of muscle! With the Flexr6 shredding diet Daniel will come in big and ripped for his first show. Daniel had contemplated competing at the 2011 INBA ACT Titles but decided he would use the additional year to come in bigger and leaner!! 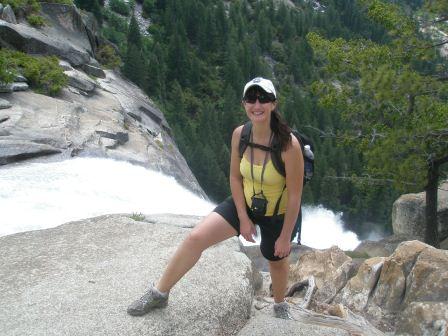 There isn’t really much to say about me, I LOVE hiking and exploring other countries so a lot of my fitness has been based around that (although as you can see from one of the photos taken last year at Yosemite, my life was also based around eating donuts).  I got the opportunity to indulge that last year and did some hiking in Yosemite National Park in California and then Sapa in Northern Vietnam.  I’m pretty passionate about women being healthy and active.  I suffered from severe Post Natal Depression after my daughter was born so I decided to take part in a new program being trialled that was combining therapy with regular exercise sessions.  I got hooked, and have no doubt that the regular exercise played a big part in saving my life.  That had alot to do with my decision to become a PT as well.

Flexr6 comment: Rachael has joined Team Flexr6 to enter her first figure competition in 2012 at the INBA Riverina Titles in Wagga Wagga. Her dedication to the task at hand in second to none – Rachael lost 5cm off her waist in the first week and a half on the Flexr6 diet !

As we move into 2013 Flexr6 is excited to have many new and long term clients who each have their individual goals they are moving toward. Many are taking their first important steps to rebuilding their fitness and quality of life whilst others are seasoned competitors. Flexr6 will be providing regular updates on fitness, nutrition, training and of course our clients. You can follow Flexr6 by subscribing to the Flexr6 newsletter at the bottom of this page.

Flexr6 wishes everybody a Merry Christmas and a positive, fit and energetic New Year!

Juliet Cotterill is one of the world’s top Sports Models. She made some amazing transformations to her physique in the last year to be crowned Miss Asia Pacific 2010.

My stepfather, Brian has a serious respiratory disease and in order to reduce the symptoms and keep healthy together we decided to start training, doing weights and cardio regularly.

Noticing the way weights changed my body I got more and more interested in bodybuilding and was soon told about competing in bodybuildng competitions. I had my first comp in October 2008 at the ANB Central Coast where I took out first place in the Sports Model division. The feeling was unexplainable and from then on I knew this is what I wanted to do!

Since then I have competed in 9 competitions and placed top 3 in all of them. My biggest achievement would be when I took out first place in the Sports Model division at the International ANB Asia Pacific in May 2010. There were 40 competitors in my class and to win was an amazing feeling!

Training has become so important to me and changed my lifestyle and I will always build it into my daily routine.

Along my journey I have had several people help and advise me, including Ken at Flexr6.

Juliet on the cover of Natural Bodz Magazine

Juliet successfully competed at the 2010 Powerzone ANB Asia Pacific Championships on 29 May 2010, earning herself a place on the small 10-person Team Las Vegas 2010.

This event attracts well over 400 athletes from across the US/Canada and the world.

Juliet’s airfares and accommodation are fully funded by Natural Bodz as part of their ongoing effort to “provide opportunities, exposure and recognition to the athletes who make this sport and lifestyle so great”.

FLEXR6 is proud to be associated with Juliet and wishes her all the best in her future endeavours.

The final show for this season was another fantastic event with some great trophies and handouts for all competitors. Team Flexr6 would like to thank INBA NSW President, Rab Mehajer for organising complimentary VIP seating for Team Flexr6 and for running another great show!

Special mention to Team Flexr6 supporters Juliet, Julie, Brian, Jhay and Tiina who were in the audience – thanks to all of you for making the effort to be there and providing support and encouragement.

Extra special thanks goes to, Danielle who supported me throughout the whole competition preparation season. Her tolerance, understanding and support got me to the stage each time and without her I would not have made it to the stage in Sydney where I landed in 3rd spot in the Masters 40-49 division.

An extra special thanks also goes out to all the friends and family who came to support the team over the weekend. In particular Team Flexr6 Beauty Therapist, Hayley Gill, Team Flexr6 Photographer, Gavin Fogden and my beautiful girlfriend, Danielle Spiller who through her support and love enabled me to be at my best at both shows. Danielle has now become the Team Flexr6 Backstage Preparation Manager

Congratulations to the whole Team Flexr6!!

Ken is drying out well and will drop 3-4kg of water this week prior to INBA Dubbo. Ken is using this preparation as an experiment for the 2011 INBA Natural Universe on 22/23 October. This will be Ken’s 30th time competing! Ken will do no cardio for these shows and will still come in extremely lean.

If you would like Flexr6 to get you ripped and lean for your next competition click here.

Team Flexr6 will be hitting the stage at the INBA Dubbo International on April 30. This will be the first show for Lisa, Sarah and Yencie. They are all quite excited about stepping onstage for the first time and it has been very rewarding for me to prepare the Team for this show.

Juliet and I are experienced competitors who pride ourselves on continuous improvement and helping others in the sport.

Lisa, Sarah, Yencie and Ken will also be travelling the next day (May 1) to Wagga Wagga for the Inaugural INBA Riverina Physique Championships.